When I was younger I remember my sister reading Pride and Prejudice again and again, every time falling deeper in love with the world, the characters and the language. As the younger of us, I always wanted to be like her, and so I repeatedly tried to get into Jane Austen’s novels, but I could never get past the first ten pages. I could never understand why I was struggling so much with these novels, but now I’m starting to see why I couldn’t get properly in to Austen at the age of sixteen. I think I was just too young. I didn’t really recognise how cool Lizzie Bennet was or how groundbreaking her witty remarks were for herr time, didn’t realise the urgency of why Mrs Bennet wanted to see her daughters married so badly, and I didn’t get how insulting and petty Mister Darcy’s comments about the women of Longbourne were and thus, how interesting the shift in his character when he falls for Lizzie actually is. Now, however, it’s been five years since I tried my hand at Pride and Prejudice for the first time, and finally, I’ve gotten through almost the entire book in just a couple of days. Goodness me, what a story it is.

One of the things that spurred this change of heart and nudged me into suddenly wanting to try my hand at Jane Austen novels again, was a trip I went on a couple of Saturdays ago with some friends of mine.

“Let’s go to the Jane Austen House Museum,” fellow Norwegian Creative Writing student Marianne said, and the following weekend, Christine, Eirunn, Marianne and I found ourselves on the bus to Chawton.

What an experience.
As we explored the houses that come together to make the museum, we got to try writing with quill and ink, make small pouches filled with lavender and try on period specific costumes. Let me tell you, I’ve never felt fancier than waltzing around in a Mr Darcy coat and a top hat. The floral 1800s dresses were also a hit, with their long skirts and slim upper body fits, and to be fair, I just really want to bring bonnets back into fashion again, Or capes. Capes are cool, too.

The true magic, however, came from wandering through the narrow hallways of the Austen family’s house. The museum is laid out as similar as possible to how the house would have looked like at Jane’s time, and the feeling of walking on creaky floorboards and looking out at the view from her writing nook, felt like a privilege, something to be appreciated. To top everything off, as we made our way down a winding staircase I’m sure both Jane and Cassandra Austen has run down many times, to the dining room and furthermore into the drawing room, we were met with a piano playing cheerful tunes, a melody we soon recognised as the score from the 2005 Pride and Prejudice film adaption. We followed the sound, as one would do, and found that the pianist was one of the ladies working at the museum. She even asked us if we wanted to play, but we politely declined, opting to just listen as we looked around, feeling truly transported back to the early 1800s. Cliche, I know, but it was great. 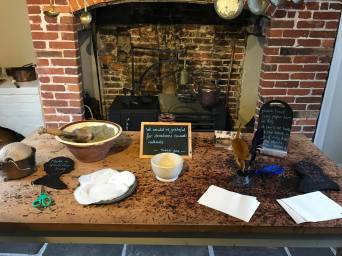 On the way home we stopped by the gift shop, as you do, and I ended up getting a boxset of all of Austen’s novels. February 3rd was the perfect day to make myself a goal for 2018; before the year is done, I will have read all of them. Wish me luck.

Even though I had to turn 21 before I actually (almost) finished a Jane Austen book, I’ve found her to be a very inspiring and interesting woman for a long time. The fact that she originally published her first novel anonymously, but had the title page point out that it was written “by a woman”, speaks volumes of what kind of person she was, way back in 1811. I also enjoyed hearing about her works before reading any of them, and from what I gathered from film adaptions, museum exhibits and my sister’s amazed rambles, she wrote women as characters with personalities and agencies, in a time where a lot of said characters were just seen as passive observers. As I’m reading Pride and Prejudice now, I can absolutely confirm this.

I would highly recommend stopping by Jane Austen’s Chawton home if you’re ever in the area, whether you’re an avid Austen fan, or just interested in exploring the “world” that helped form English fiction like we know it today. 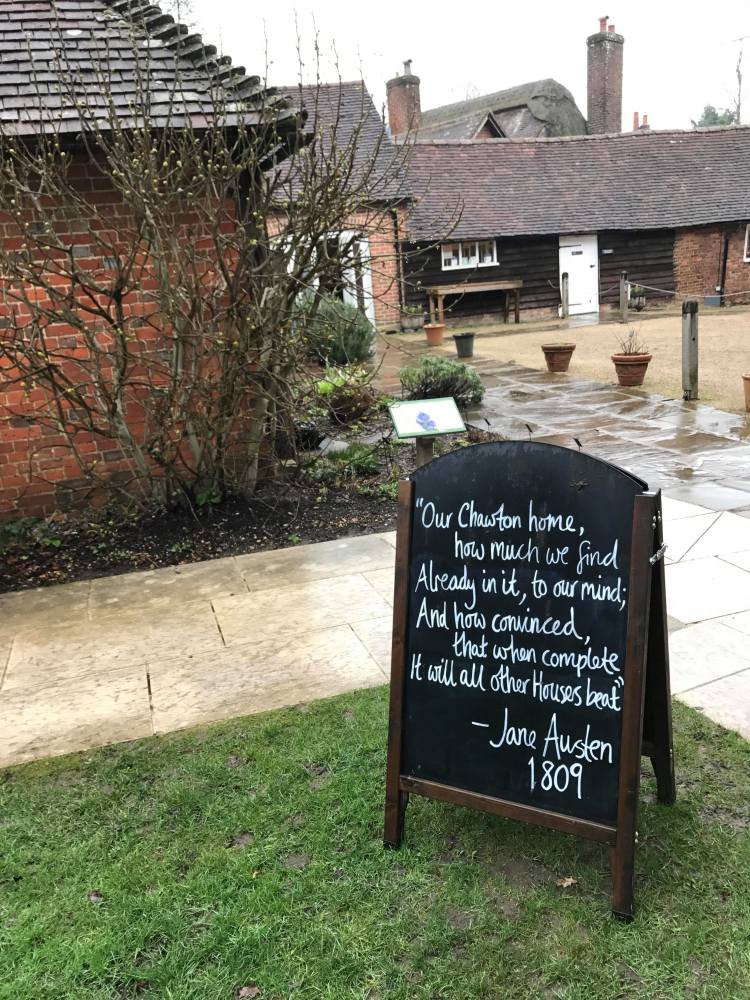 I had a wonderful time, and I’m sure you will too!