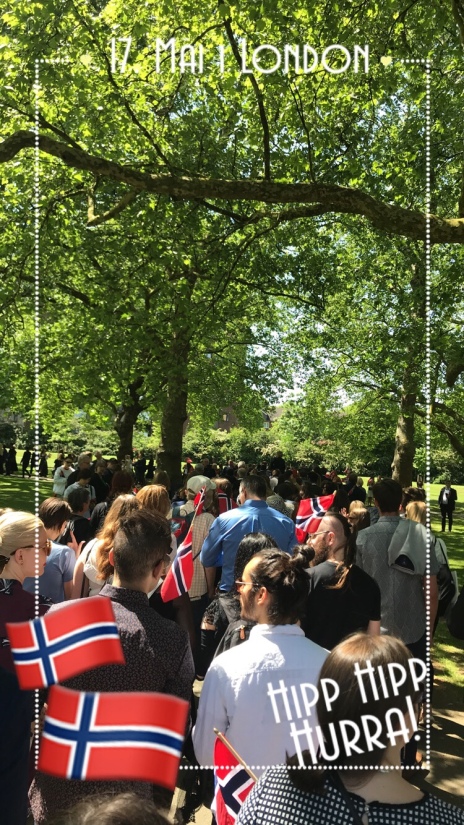 Not really a writing or book related post, but yesterday was the 17th of May, Norway’s Constitution Day. I celebrated the day in London, my first time ever not celebrating it at home with my family, and it felt weird not being enveloped in old traditions and places that stay the same. It turned out to be such a great day, though, Cathy came along, and it was so much fun being able to “show” off the traditions I’ve grown up with, if on a smaller scale. Beautiful bunads, marching band songs, flower crowns and Norwegian flags as far as the eye could see. 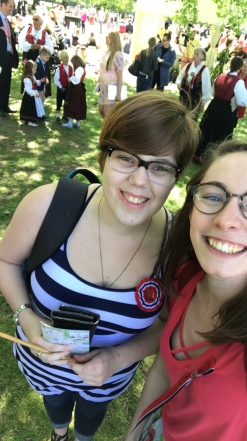 There was a parade, speeches, lots of music, waffles, ice cream and food. All the things you need to really make the 17th of May the day it is. 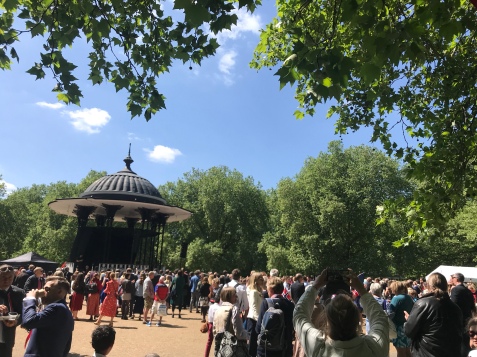 There is something I really like about the fact that on one day every year, the entire population of Norway, both at home and abroad, put on their nicest clothes and meet their family, only to eat ice cream and play games all day. 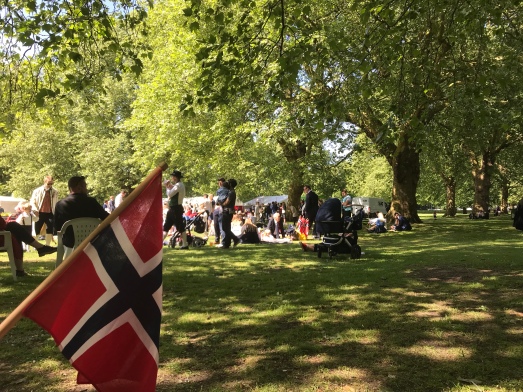 The focus of the day and what many of the speeches were about, was belonging. How we as people always belong somewhere, how hopefully everyone feel at home in a group, be it their nationality, their faith, a community. What really hit me, though, was when the Minister of Culture said that “Belonging somewhere doesn’t mean that that has to be the only place you ever feel at home; we can all belong in multiple societies, we can all belong in different home countries.” Right now, as I’m kind of in the process of coming to terms with leaving England after these three years, that felt oddly comforting. I keep saying I’m leaving England behind, but I’m not really, am I. England’s still gonna be here, the friends I made along the way will still be here, it will just have to be the sowing grounds for new memories, new experiences, new challenges and victories.
Aha, didn’t think a day all about eating ice cream could get so deep, did you! 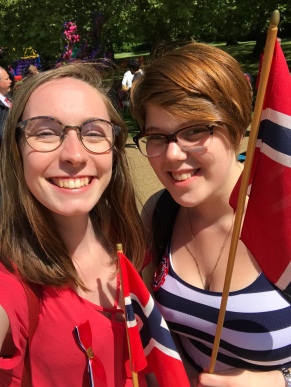 Celebrating with Cathy was also so much fun; she waved her new Norwegian flag higher than anyone, and marched in the parade with newfound vigour. I showed her Norwegian waffles (Sjømannskirkens Vafler) and we had Solo, the Norwegian equivalent of Fanta. I’m well aware of my Solo-bias, but it’s actually a lot better than Fanta, haha.
Then we had some 17th of May Fish and Chips, which is one hundred percent not traditional 17th of May Food, but they put a little Norwegian flag on it and we ate while listening to happy people chatter, watching bunads walk past, and seeing all the kids play games; sack races, potato racing and quoits. 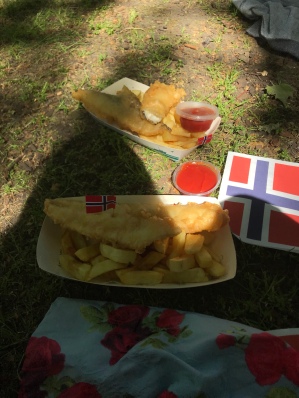 A day I felt a bit anxious about going into, because of the weight of the traditions I’m used to and not being able to be a part of them, turned into an absolute fairytale and a memory I’ll take with me forever. 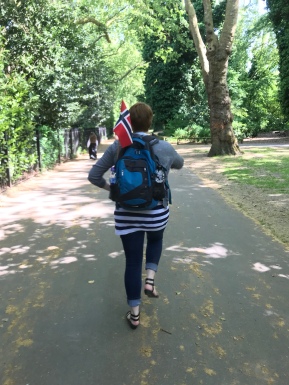 (Have a Cathy marching towards the Winchester-bound train, post ice cream and festivities)